The Model 1 was the company's first watch, offered to the public in 1885. It was an 11-jewel gilt 18-size lever-set movement, able to fit into standard cases of the day. Herman Reinecke,  master watchmaker for the factory, designed it and was awarded two patents in 1885 for separate components. ​Even though quick gear trains were becoming standard, Reinecke chose to make the Model 1 a slow train at 16,200 beats-per-hour. The overall plate layout was a good one, continuing with minor changes on nearly all the subsequent models.

Halfway through production new grades were introduced, all of which would continue into the full run of the Model 3.  A micro-regulator turned the debut Grade 44 into a 55, and two added pairs of jewels in the gear train raised the count to 15 on their highest grades so far.

The Model 1 started production in 1885, and though the company was already working on designs for additional models the Grade 44 was the only watch being turned out for at least a couple of years until the higher grades of the Model 3 were ready to launch in 1888. The earliest 11-jewel variant was designated Grade 44 at the factory and was the most common, making up roughly two-thirds of total production. All were lever-set and the regulators were simple inboard ones at the start, with micro-regulators appearing later at around SN 6,800 with the introduction of the first higher grades. Private labels have been reported.

The Model 1 was blocked from SN 1 to 10,900 in a single continuous run with no known interruptions.

The watches logged in the M1 chart are all reported examples or verified from photos.

If your watch isn't on this SN chart please send us a picture.

This is part of an ad cut from New York supplier R L Friedlander, dated 1885. This is one of the earliest known advertisements showing the price for the base variant of the Model 1, even though the movement in the photo is equipped with a micro-regulator, making it a Model 55.

Single-line showing only the Jan 85 patent.

Reported from SN 900 to 2700. Double-line stamp showing both patent dates.

Herman Reinecke applied for and was awarded patents for two separate components used in the design of the Model 1 while he was in the employ of Seth Thomas, the first in January of 1885 and a second one later that same year in September. His ideas for a winding pinion with slanted teeth and a delicate click spring were unique to this watch and were not incorporated on later models.

For more info about Reinecke's designs visit the Records page. 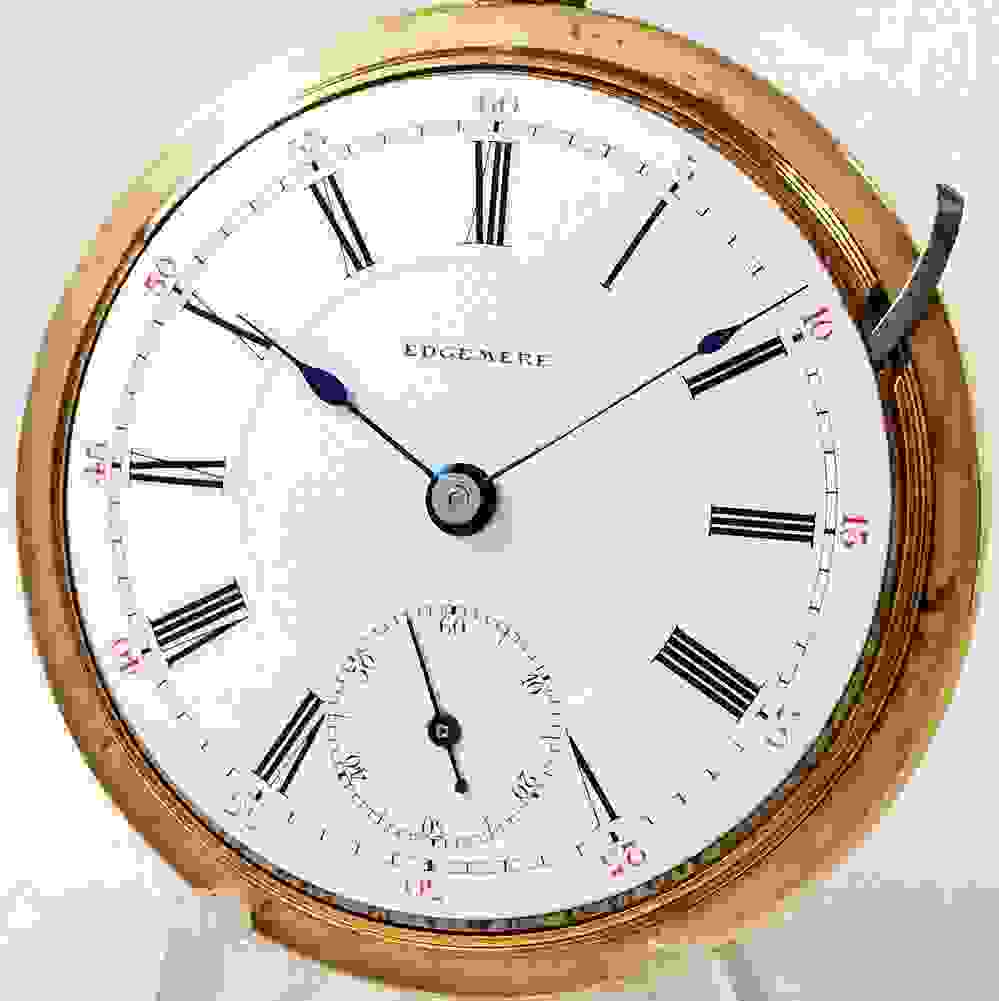 "I'm sending these photos because this serial number isn't in your database. This watch was a beach find, buried in the sand at Long Beach,  Washington. When we got it apart we were amazed at what we found. Obviously it will never run again but at least it still exists!"

All photos and data protected by copyright.